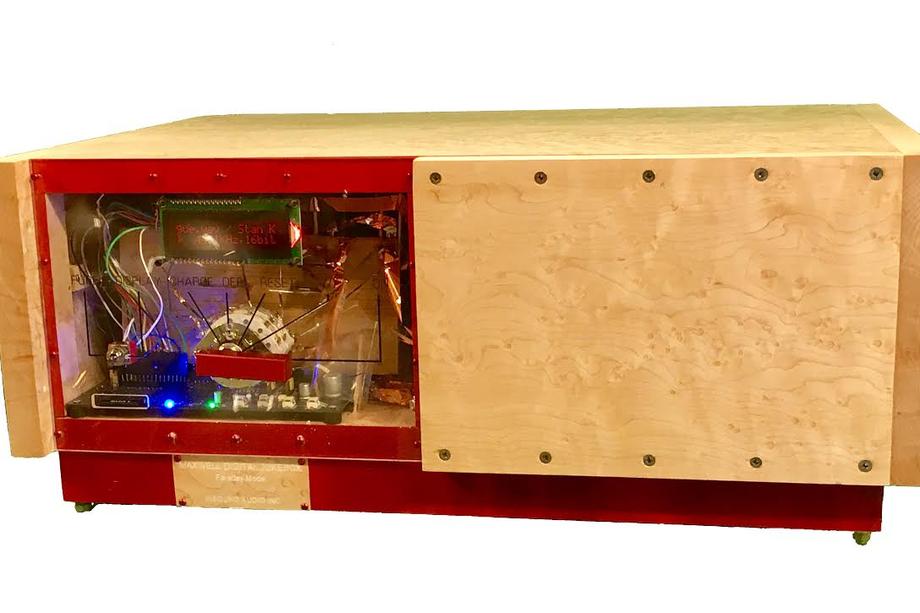 The MAXWELL DIGITAL JUKEBOX  (MDJB) is an all-in-one digital sound source  The MDJB has been optimized to do one job : play .WAV files up to 24 bits/192KSPS stored on 32GB SDHC memory cards with a minimum of  correlated jitter. The result is sound as faithful to the music production team as the current state-of-the-art allows.

The MDJB data source is streamlined to avoid  introducing sneak paths for correlated jitter: it therefore uses only 32 GB  (or lower capacity) SDHC card. it is not connected to either a computer or the internet or any other external device (except your preamp or amp). Therefore there are no ETHERNET, USB or HDMI interfaces.

The control Interface with the FARADAY version is with a remote control. The SHANNON version uses the same remote control and also has the same functions available  locally by  four push buttons. The controls are very basic: PLAY, STOP, Select next track or album or previous track  or album. In addition, you may select whether to repeat one album, no albums or all albums when the card is read to its end point.

FARADAY and SHANNON have an option for a built-in 20-step passive attenuator. This is a switched chip resistor attenuator that is  more transparent than any other we have heard save our own ultra-purist switched attenuator passive preamp. 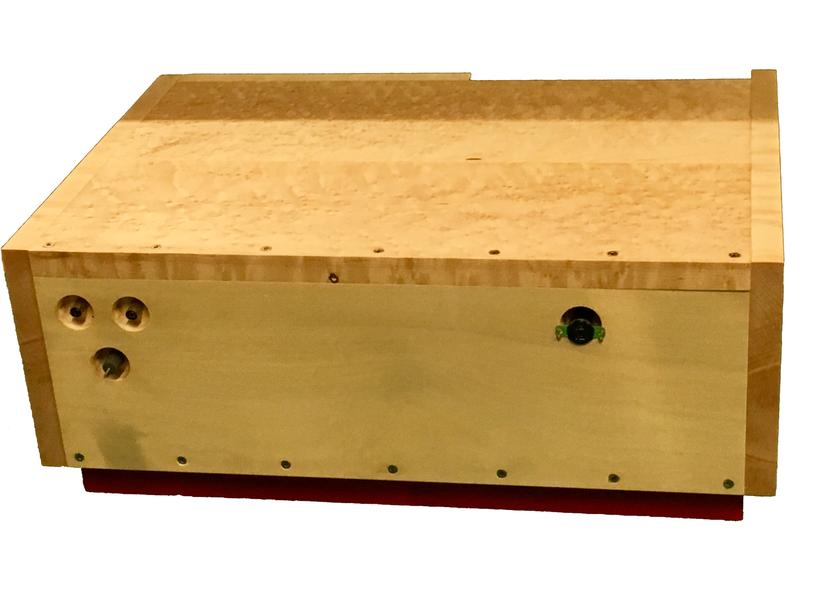 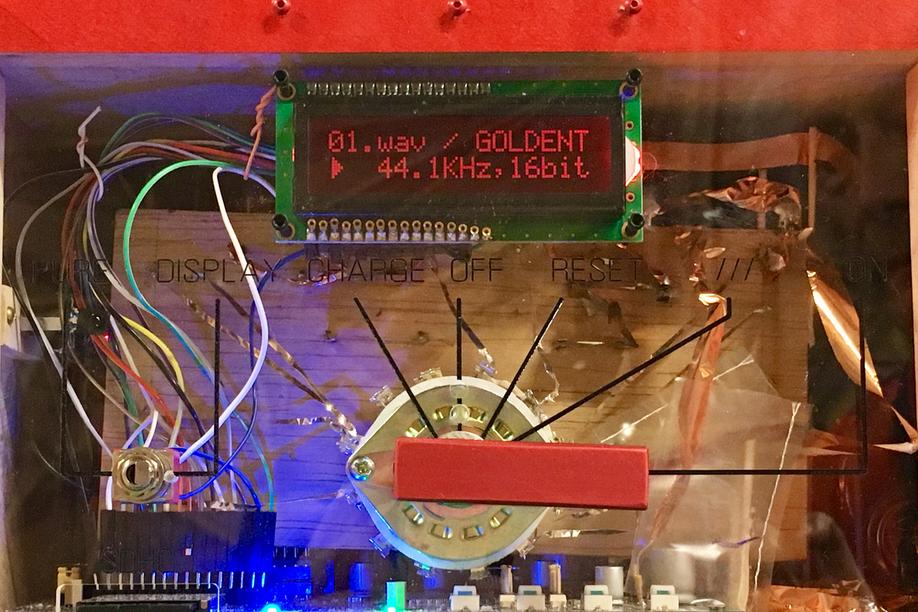 Rear panel of the MDJB showing the 20-step attenuator control knob below the RCA output jacks.

The  round connector is the jack for the charger .

The SDHC memory card plugs into the small horizontal slot on the bottom left of the front panel.MDJB is in PLAY MODE.

This is a close up of the MDJB's front panel in PLAY MODE.

The MDJB uses a standard APPLE remote control. For scale, it is 4 3/4" by 1 1/4". In this photo the MDJB is in the OFF position.If you want to charge the internal battery you would turn the vertical red knob one click to the left. Turn the red knob 3 clicks CW to enter PLAY MODE. 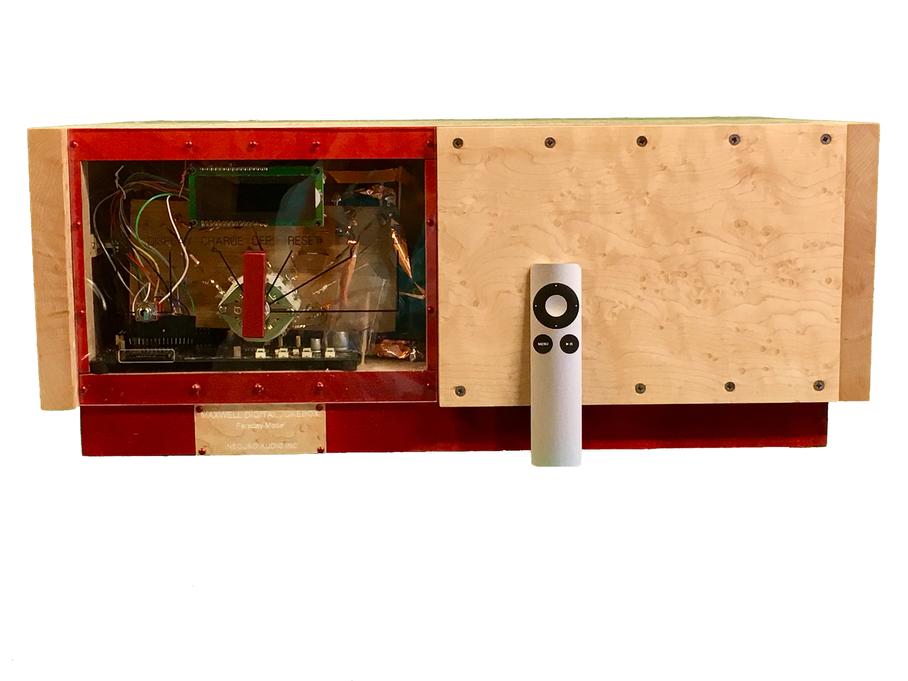