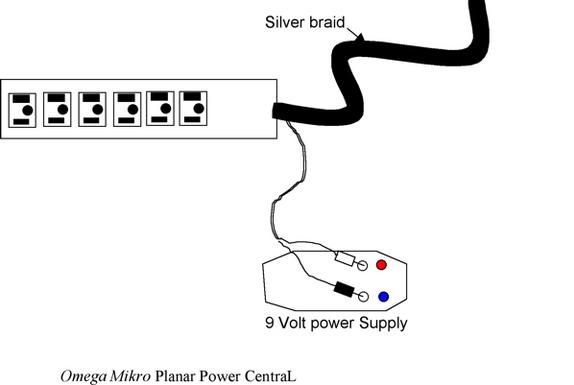 We designed Planar Power Central to maintain time domain fidelity with multiple power cord connections. We were frustrated by all of the multi-tap products on the market because they lost much of what we designed our power cords to achieve; accurate leading and trailing edges and the micro dynamics and transients associated with live sound. These other products especially hurt bass instruments.

We approached the multiple power tap design not from the perspective of filtering RF interference but rather to enhance overall time domain fidelity for multiple components sharing a common power source.

Planar Power Central uses our 900-watt active power cord but instead of an IEC connector it uses a multi-tap power strip. The power strip uses thin planar brass ribbons for connecting the pins of your AC plugs to the line. These thin ribbons are rated at 1600 watts continuous average power but the overall rating of the Planar Power Central is 900 watts total combined continuous power and 3000 watts momentary peaks. The brass ribbons are mounted on edge so they are surrounded mostly by air. The combination of mostly air dielectric in the power strip and low dielectric effects in the active power cord proper achieve very low dielectric smearing.

You may use any combination of 900-watt and 100-watt Planar Power Cords in the Planar Power Central. However, the total continuous average power draw should not exceed 900 watts. 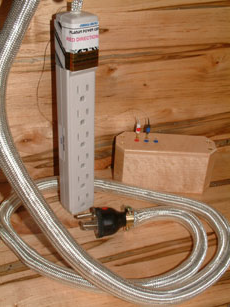